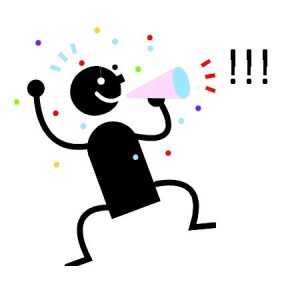 I wasn’t planning on doing this post. It’s after 9am my time January 1, so you can see it’s not something that was preplanned. However, you are out there, reading, and I wanted to share with you what I think God is doing in my life.

Each year many people decide on a word or verse that will guide them throughout the year. I’ve done it a time or two, but by the time mid-year hits, I’ve forgotten or it seems irrelevant to the current circumstance.

I didn’t plan to do either this year, since my whole goal for 2015 is to get closer to God. Then God asked me to stay up and greet the new year with Him, so I did. After the house was quiet–hubby went to sleep and my children retreated to their rooms–I watched a few old Joyce Meyer videos about faith on YouTube. Of course, she said a lot of good stuff. Stuff I wrote down. At some point, she mentioned the book of Philemon. When I finished the videos, it was almost midnight, but I brought up that book in my Bible app on my iPad.

Let me be honest. I was tired. I wanted to go to bed, but God asked. And while my spirit was willing my flesh was worn out. 🙂  I did it anyway. Why? Sacrifice. I don’t sacrifice my own comfort as often as I should for the sake of Christ.

So I opened the book of Philemon and read. It’s short, twenty-five verses. Yes, the whole book. I’ve read it many times before. It’s not a grand set of verses. Really, it’s only a simple request from Paul to Philemon about a slave. But I read it.

When I got to verse 21, the word confidence (in NKJV) stuck out at me. I went back and reread the verse. Nothing I could really apply to my life. I closed my iPad, glanced at the clock, and shouted YES in my head. It was after midnight. I could go to bed. And yet, the word confidence would not leave me alone. So, being who I am, I grabbed a 3×5 card and a sharpie, and I wrote it down. I then stuck it on the wall of my desk (it was a post-it card), just below Hebrews 11:1, which I placed there earlier yesterday morning when doing my devotions.

I hadn’t thought of them together. But when I look at them, one on top of the other, I see it.

Confidence, according to dictionary.com, is:
1)full trust; belief in the powers, trustworthiness, or reliability of a person or thing.

2)belief in oneself and one’s powers or abilities; self-confidence; self-reliance; assurance.

There are other definitions, of course, but these two are what God wants me to see.

I’m learning this as I type because that’s how God teaches me. If I share here, I learn more than if I just do it for myself.

Let’s look at definition one, “full trust; belief in the powers, trustworthiness, or reliability of a person or thing” alongside Heb. 11:1, “Now faith is the substance of things hoped for, the evidence of things not seen.”

Can you see how they fit together? God wants me to have confidence in His ability to do things, in His reliability, in who He is. He wants me to put my FULL TRUST and belief in His powers.

And then there’s definition two, which is why I think God gave me the word confidence instead of faith–“belief in oneself and one’s powers or abilities; self-confidence; self-reliance; assurance.” I am not, nor have I ever been, confident in the things I do. As a wife, or a mother. As a friend or a writer. I always question my abilities.

I think with this one word God is reiterating in my life that He has given me my family, friends, and writing ability. He will do with it as He wishes. I have to be confident in the abilities He’s given me.

My whole desire as I write, besides getting down the stories, is to glorify God. Money’s nice, but making tons of it is not my goal. It never has been. I want people to read my stories and come away with a sense of who God is. I can never, ever contain all of who He is in one book, but I can show how He forgives or comforts or strengthens. I can show a part of Him to someone who may be hurting. If I only touch ONE for God, then it is enough.

Wow, this has gotten long. Thank you, if you’ve read this far.

I pray that each of you feel the touch of God this year. May His hand of blessing be upon you as you obey His Word. If you’ve read my December Monday Musing series, you know all that God has provided for us IF we do His Word.