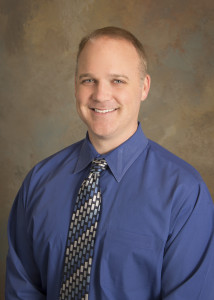 Scott works in state government and is the author of several short stories and the young adult paranormal romance novel, Sunrise.

In addition to his writing endeavors, Scott is also a public speaker. He often speaks to organizations, non-profits, and churches on leadership, communication, teamwork, and motivational messages.

Scott has a bachelor’s degree and a law degree from Texas Wesleyan University, but is a rabid, life-long fan of the TCU Horned Frogs. He lives in the suburbs of Austin with his wife and two precocious daughters – who enthusiastically assist him in his search for the perfect combination of chocolate and peanut butter.

From the Angel Perspective

Title of Book: Sunrise
Character: Marie
Is this the hero/heroine/villain/secondary character? Heroine

Q: So tell us about yourself. What’s it like being a guardian angel?

I’ve only been a guardian angel for about five hundred years. I was originally a messenger for Gabriel, but was promoted to the Protectorate after an incident at an abandoned monastery in 1512. Basically, I’m assigned a human to whom I’m charged with protecting his or her soul. We call these humans our “charges.” I’m on my eleventh charge right now. We have two standing rules: stay in the background and never harm your charge.

Q: What’s the best and worst thing about being a guardian angel?

Being a guardian has lots of challenges. Our charges are constantly under pressure from the enemy – fallen angels who are obsessed with corrupting and destroying humans. We’re supposed to stay in the background and work unobserved from humans, which can make warding off the enemy difficult. But I’m pretty unconventional, and I’m not afraid to go against the trend and do my own thing to protect my charges. This gets me in trouble sometimes and has left me alienated from the rest of the guardians, who kinda resent my promotion into their ranks. I mean, we’re angels, not robots. We have thoughts, feelings, and personalities just like humans. Sometimes that helps us relate well with our charges. But, sometimes … well, let’s just say that things can get kinda complicated.

But the worst thing? It’s watching your charge, someone you’d do anything to protect, turn away from the One that loves him or her the most.

Q: So tell us about your current charge, Parker. What’s he like?

Parker is absolutely awesome. I just adore him. He’s a senior in high school and is quarterback of the football team. He’s got dark brown hair, broad chest and shoulders that are to die for, and the most gorgeous set of blue eyes you’ve ever seen. I mean, they’re just a pair of hypnotic sapphires. And whenever I stare into them, I just melt …

A-hem (clears throat, snaps out of dreamy trance) … but I also like him for the person that he is. He’s strong in his faith. He’s sensitive and empathetic. His little sister was born with cerebral palsy, and he’s fiercely protective of her. He’s a little bit of a hot head, but I kinda like that. He’s been my charge for eighteen years now, and I can’t imagine spending a day without him.

Q: If you could be human for a day, what would you do?

Angels can always appear in human form, but it’s discouraged. There’s just too many risks involved, so when I do appear human, it’s for just a very short time. Still … if I could spend an entire day as a human, I think I’d have to spend it by eating. I know that’s not a very girly thing to say, but I’m an angel, so I don’t eat. I mean, I’d just like to see what the big deal is about sushi. And chocolate. They don’t go together, do they?

But as curious as I am about experiencing human food, I think the perfect day to me would be to spend it with Parker.

Q: As a guardian angel, got any advice for humans?

(Pauses …thinks for a moment) Yes. No matter what happens, never doubt that you are loved beyond measure. It’s a love that always hopes, always believes, and always perseveres. Just remember what is written in Jeremiah 29:11. 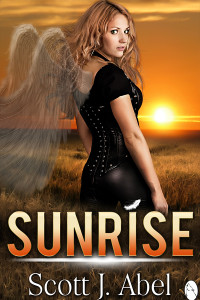 Eighteen-year old Parker, big brother and high school quarterback, dreams of glory on the football field. But on the night of the shooting, his entire world shatters. In a chilling span of sixty seconds, a mass tragedy wreaks havoc upon his life, family, and community.

Although hailed a hero, Parker is horrorstruck to discover an incident from his past was the motive for the killings and that he was the intended target. And when someone threatens to get the one that got away, Parker finds himself hunted. But help comes from an unexpected source … an angel named Marie.

A spunky, impulsive guardian, Marie is dedicated to saving Parker at all costs. When confronted by a sinister nemesis who covets Parker’s soul, a desperate struggle is waged over Parker’s fate. With time running out, Marie must face her growing, but secret affections for Parker that she can no longer ignore. Affections that will force her to make the ultimate decision – sacrifice herself and all that she believes or lose Parker to the darkness forever.

Thanks for joining us, Scott. I’ve never thought of things from an angel’s perspective.