Due to a slight miscommunication between Patrick and I, this didn’t get set up on time this week. So my Writer Wednesday column gets posted on Friday. I know you’ll enjoy it anyway. 🙂 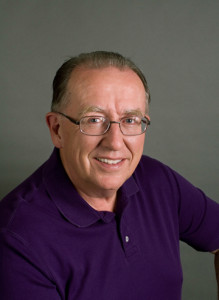 Best-selling author Patrick E. Craig is a lifelong writer and musician who left a successful songwriting and performance career in the music industry to follow Christ in 1984. He spent the next 26 years as a worship leader, seminar speaker, and pastor in churches, and at retreats, seminars and conferences all across the western United States. In 2011 he signed a three-book deal with Harvest House Publishers to publish his Apple Creek Dreams series. The books are historical Amish fiction and include A Quilt for Jenna, The Road Home, and Jenny’s Choice. A Quilt For Jenna recently hit #1 best-seller in Amish Fiction on Amazon.  His current series is The Paradise Chronicles and the first book in the series is The Amish Heiress, published by P&J Publishing and just released on August 10th. Patrick and his wife Judy make their home in Idaho and are the parents of two adult children and have five grandchildren. Patrick is represented by the Steve Laube Agency.

Did you ever notice that there are rules for everything we do? They are in sports, in politics, in schools, tacked up on walls…they are ubiquitous, they are everywhere.   For authors there are the unbreakable rules of writing: show, don’t tell, keep one person’s point of view per scene, don’t use so many dialog tags, never use the passive voice, and on and on and on.

As a result, writers fall into the trap of believing that writing has rules that can’t be broken—writing works the way it does because of rules. We come away from the latest writer’s conference with a laptop full of rules: rules for grammar, rules for composition, rules for marketing, rules for critiquing, rules, rules, rules.  At some point we want to scream, “I just want to write!”

In The Amish Heiress my main character, Rachel Hershberger, hates rules too.  She is Amish. The Ordnung, the verbally handed down laws that govern the Amish, controls her whole life. Many Amish young people chafe under the rules and rebel for a certain time in their teenage years. But for Rachel it is even worse.  Her father, Jonathan, has mental problems dating back to an injury he suffered, and now he can only make his way through life by strict adherence to the rules. And he forces the rules on his daughter without a hint of grace. Rachel’s life becomes torment.

When she rebels and gets into a very dangerous situation, she remembers a day when her papa was well and he helped her to understand what rules are. They were out in the fields and she had asked about the Ordnung. Jonathan pointed at the pasture where their sheep were grazing. “Do you see the sheep in the field, Rachel?”

“Well, the sheep need to stay in that field because they belong to us. If they got into someone else’s field they might eat their garden or wreck something. So what is it that keeps our sheep in our field?”

“That’s right, Rachel, the fence. The fence keeps the sheep where they belong. We are God’s sheep. Now, God does not put us in a field and put a fence that we can see around us, but He does give us His Word and the Ordnung and through them we learn how God wants us to behave and in that way, He sets a fence around our hearts. But He is a loving God and if we do stray He always welcomes us back.” That was the day Rachel learned that rules and grace should work together.

My point is that rules are good, but we need to keep them in perspective. God gives us rules to live by, but He administers them with grace.

So, writers…the next time you want to head-hop in a scene in your book, remember: if you write the scene well there’s grace for it.

More about My Amish Heiress: 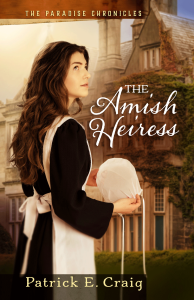 Rachel Hershberger’s life in Paradise, Pennsylvania is far from happy. Her papa struggles with a terrible event from the past, and his emotional instability has created an irreparable breach between them. Rachel’s one desire is to leave the Amish way of life and Paradise forever. Then her prayers are answered. Rachel discovers that the strange, key-shaped birthmark above her heart identifies her as the heir to a vast fortune left by her Englischer grandfather, Robert St. Clair. If Rachel will marry a suitable descendent of the St. Clair family, she will inherit an enormous sum of money. But Rachel does not know that behind the scenes is her long-dead grandfather’s sister-in-law, Augusta St. Clair, a vicious woman who will do anything to keep the fortune in her own hands. As the deceptions and intrigues of the St. Clair family bind her in their web, Rachel realizes that she has made a terrible mistake. But has her change of heart come too late?

Where can readers purchase his books?
Amazon

The Amish Heiress is available in on Amazon, B&N and all your favorite online stores.

You can also find it on his website  at http://www.patrickecraig.com/my-book-store/