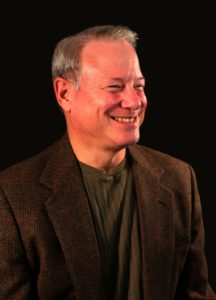 Bruce Judisch has been writing fiction for many years.  His first work, “A Prophet’s Tale,” is a two-part novelization of the story of the Old Testament prophet, Jonah ben Amittai, comprising The Journey Begun and The Word Fulfilled. A third part, The Promised Kept, is under construction. More recently, he wrote two novels with complementary contemporary and historical storylines: Katia, a Cold War novel focusing on the fall of the Berlin Wall, and its sequel, For Maria, featuring the Kindertransport.

Bruce lives in Texas with his wife and high school sweetheart, Jeannie, and their two Cavalier King Charles Spaniels, Charlie and Raleigh.  Bruce and Jeannie are the proud parents of three and grandparents of fourteen.

Don’t Mess with My Coffee

It’s a well-known fact that there are some things in life you just don’t mess with. Coffee is one of them. Like pizza, coffee is one of nature’s perfect foods. It comprises all the major food groups—water, caffeine, acid…well, you know the rest of them.

It’s also a well-known fact that nature strives for balance. For example, the earth’s weather patterns struggle for equilibrium, with high-pressure systems pursuing low-pressure systems in a never-ending search for that perfect union. (Or is the other way around? No matter.) Coffee, on the other hand, defies Mother Nature’s demand for balance. Equal amounts of water and coffee grounds? Nonsense!

Skeptical? Let me prove my point with a minor character from my mystery-suspense novel, Quimby Pond, who displays wisdom beyond his years in seeking that perfect union of water and coffee. Consider this snippet of dialog between that character, Chad Tucker, and the story’s hero, Officer Brent Newcomb:

[Brent] grabbed a coffee mug and hoisted his six-foot one-inch frame from the chair. At the snack bar, he hefted the carafe, squinted through the brown-stained glass at the opaque liquid, then turned toward the worktable. Chad Tucker, fellow officer and close friend, lounged at the far end, his tan crew cut visible over the Sports section of the Portland Press Herald.

“You made the coffee this morning, didn’t you?”

“Diesel fuel?” Chad exaggerated a frown. “I must’ve gone light on the grounds. I’ll add another couple of scoopfuls to the next batch.”

“You do that and we’ll need forks.”

Okay, admit it. You love Chad already, don’t you? (C’mon, be honest.) Get ready, there’s more in a later scene:

[Brent] dropped onto a chair and propped his elbows on the work table, face cupped in his hands.

Chad set the mug beside Brent’s elbow. “You’re in luck. I made the coffee double strength this morning.”

Brent peered into the mug through spread fingers. “Doubling the strength of your coffee would make asphalt.”

Isn’t Chad’s culinary acumen just to die for? One more later in the story—the most important one:

Chad filled Brent’s mug and brought it to the table.

Brent tapped the mug with a finger. The coffee’s dense black surface didn’t even ripple. He picked it up and took a swallow anyway.

You see, even the staunchest of coffee critics can be won over to the dark side, given a little time.

So, why are Chad and his coffee so dear to me? They remind me of my childhood. I grew up on my dad’s coffee. He made it so strong that you didn’t need to go fetch it, you just whistled and it would come to you. That’s good coffee. Still, for reasons unknown, I’ve actually been banned from making coffee in my office. I suspect that thoughtful reward was my coworkers’ gentle way of appreciating me too … 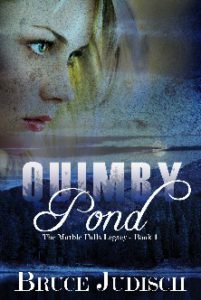 Thursday, August 20, 1896, Marble Falls, Maine. A festively adorned bridal trunk arrives on the one o’clock train, but no newlyweds debark to claim it. Curious townspeople gather for the evening train, but again only to disappointment. Where was the happy couple? What became of the trunk? And what if it wasn’t a bridal trunk at all…?

Present Day:  Gwen Kelly comes to Marble Falls to escape a broken past, a past that revisits her when she begins to restore an antique trunk. A mysterious assailant targets her friends and fingers her as the only person who can stop him. Gwen is thrust into an awkward relationship with Officer Brent Newcomb as they race to stop the intruder from striking again. Could the trunk hold the key to this cloud of violence spreading over the peaceful Marble Falls region? If so, will they discover its secret in time?  If not, what have they stumbled into?

Where to find Bruce:

Thanks for visiting, Bruce. While I’m not a coffee drinker myself, I know some people would injure, maim, or kill for their daily fix. 🙂