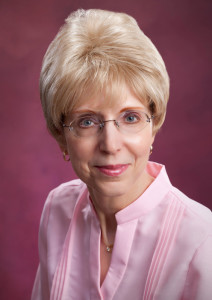 Although I love doing research, there’s one downside – and it’s a big one.  I discover dozens of facts that I’d love to share with readers, but they just won’t fit into the story.  That was the case with what I learned about the Texas Hill Country, the setting for both my Texas Dreams historical trilogy and my new contemporary series, Texas Crossroads.

I hate to let research go to waste, so here are a few points of Texas trivia I thought you might enjoy.  If this were a movie, I’d call this the outtakes or deleted scenes special feature, but since we’re talking about a book, let’s just call it the “did you know?” section.

You probably know that the Hill Country is famous for its spring wildflowers, but did you know that it’s also a major destination for bird watching?  There are a number of tours designed specifically for birding enthusiasts, many of whom come in search of the Golden-cheeked Warbler and the Black-capped Vireo.  I wish I could tell you that I saw them when I was doing my research, but I didn’t.  Maybe next time.

You probably know that the Hill Country has a number of towns founded by German immigrants, but did you know that Castroville’s residents came from Alsace-Lorraine and had both French and German-speaking families?  That town was the inspiration for Ladreville, the fictional town I created for my Texas Dreams books.  Fortunately, even though there were some clashes between the French and German settlers, the residents of real-life Castroville had fewer problems than my fictional characters did.

And, while we’re speaking of the early immigrants, did you know there were several Latin settlements?  Founded by intellectuals who sought a utopian society, these towns were an attempt to establish communities where literature, philosophy and the arts – not to mention conversations in Latin – would flourish.  Unfortunately although they were highly educated, the residents lacked such practical skills as farming, and the experiments in communal living were soon abandoned.

When you think of Texas, you probably think of cattle and the nineteenth-century cattle drives, but did you know that the Hill Country is noted for its dude ranches?  Bandera, which calls itself “The Cowboy Capital of the World,” has a number of dude or guest ranches (a more politically correct term?) in the surrounding area.

I’m sure you know that Stonehenge is a famous site in England, but did you know that the Hill Country has its own Stonehenge?  Called Stonehenge II, it’s smaller than the original and many of the ‘stones’ are hollow, made of plaster-covered wire mesh rather than actual stone, but you don’t have to cross the ocean to see it.  Originally built in a rancher’s yard, it’s now located at the Hill Country Arts Foundation in Ingram.  (And, yes, if you’ve read At Bluebonnet Spring, you know I couldn’t resist sending my characters there.)

Did you know that I’ve reached the word count limit for this blog?  I’ll end by wishing you a great day and a trip to the beautiful Texas Hill Country, even if it’s only through the pages of a book.

More about In Firefly Valley: 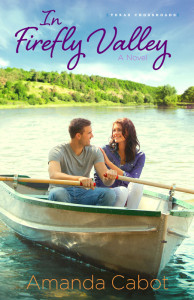 She’s lost her dream job—but has she found the man of her dreams?

Devastated by a downsizing, Marisa St. George has no choice but to return to the small Texas town where she grew up. Though it means a giant step backward, she accepts a position as business manager at the struggling Rainbow’s End resort. The only silver lining: Blake Kendall, a new guest who might make her believe in love at first sight. But will Marisa’s dreams of happily-ever-after be turned upside down when she discovers Blake’s real identity?

This warm and witty story of dreams deferred and mistaken identity will have you believing in second chances.

Thanks for stopping by, Amanda. I always love the posts you do for me. One day I might make it to Texas for more than an ACFW conference. If I do, I will make sure to visit this area, though I doubt I’ll be bird watching.

2 thoughts on “Did You Know? by Amanda Cabot”