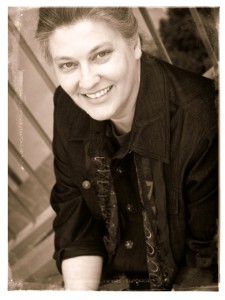 CBA Bestselling author PAM HILLMAN was born and raised on a dairy farm in Mississippi and spent her teenage years perched on the seat of a tractor raking hay. In those days, her daddy couldn’t afford two cab tractors with air conditioning and a radio, so Pam drove an Allis Chalmers 110. Even when her daddy asked her if she wanted to bale hay, she told him she didn’t mind raking. Raking hay doesn’t take much thought so Pam spent her time working on her tan and making up stories in her head. Now, that’s the kind of life every girl should dream of. www.pamhillman.com

Jake gestured at the stacks of cloth, ribbons, and thread on the shelves. “Planning on doing some sewing?”

“I’m trying to figure out something I can make for the children for Christmas. I’m at my wits end.”

“How about dolls?” Had he really said that aloud? He’d wanted to take her mind off the tragedy of the day before, but where had dolls come from? 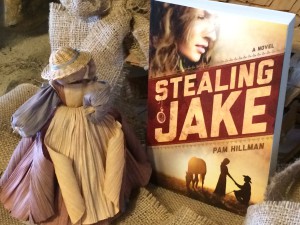 She gave him an incredulous look. “I couldn’t afford one, let alone five.”

Jake rested his forearms on a stack of cloth, heat creeping up the back of his neck. “Not store-bought dolls. Cornhusk ones.”

He shrugged, aiming for a nonchalance he didn’t feel. He lowered his voice. The men up front would have a field day if they overheard him talking doll making. “They’re easy enough to make, and you don’t need anything but shucks and some string or yarn.”

Her face fell. “I don’t have any cornhusks.”

“I’ve got plenty in the crib out at my place. I’ll bring you enough to make as many as you want.”

“Really? And will you show me how to make them? Mary probably knows, but I want it to be a surprise. Every little girl deserves something special for Christmas.”

Jake’s heart twisted at the wistfulness in her voice. What had her childhood been like? He wanted to ask how long she’d been with Mrs. Brooks, but didn’t want to bring more sadness to her face. “I’ll bring the husks over tomorrow and show you how to do it. I’ve never made one, but I watched Ma make them lots of times for my sisters. See if you can find some yarn or something.”

Poor Jake, somehow he’s committed to helping Livy make cornhusk dolls, and he’s determined to follow through. The next day, he’s as good as his word and shows up with cornhusks and a willing spirit. And, the fact that he gets to spend time with a beautiful girl….well, that’s just icing on the cake….

Livy touched a finger to the doll. “Oh, she’s beautiful!”

She looked up. Jake stared at her instead of the toy, his gaze skimming lightly over her face.

Her breath caught. He meant her.

I’ve never made a cornhusk doll, and back when I started researching this scene, I’m pretty certain Youtube was just a glimmer on the horizon. But I muddled through with a couple of tutorials and managed to get the basics right. And now after watching Youtube videos, it’s even easier than I thought.  And there are so many variations on how to make a cornhusk doll. Some are quite easy, while others are more difficult. I do believe I could make a doll now.

Blessings, friends! As Thanksgiving and Christmas draw near, if you’re looking for a fun and inexpensive craft to share with your children (or even that guy you’ve got your eye on), maybe a cornhusk doll is just the ticket. 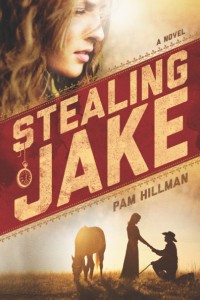 When Livy O’Brien spies a young boy jostling a man walking along the boardwalk, she recognizes the act for what it is. After all, she used to be known as Light-Fingered Livy. But that was before she put her past behind her and moved to the growing town of Chestnut, Illinois, where she’s helping to run an orphanage. Now she’ll do almost anything to protect the street kids like herself.

Sheriff’s deputy Jake Russell had no idea what he was in for when he ran into Livy―literally while chasing down a pickpocket. With a rash of robberies and a growing number of street kids in town―as well as a loan on the family farm that needs to be paid off―Jake doesn’t have time to pursue a girl. Still, he can’t seem to get Livy out of his mind. He wants to get to know her better . . . but Livy isn’t willing to trust any man, especially not a lawman.

Available at Amazon, CBD, and Barnes and Noble.