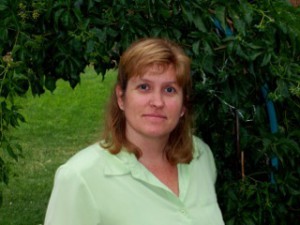 Award Winning author Tina Pinson resides in Mesa, Arizona with Danny, her husband of thirty plus years. They are blessed to have three sons, and nine grandchildren. Tina started her first novel in elementary. Her love of writing has caused her to seek creative outlets be it writing poetry, songs, or stories. She also loves to doodle and enjoys gardening.

It is her prayer that her stories, though fiction, will transport you to worlds beyond and touch your spirit and give you a closer insight to yourself and God.

In the Manor of the Ghost, Touched By Mercy  To Carry Her Cross  Black Rain Then There Was Grace, Black Rain, Christmas in Shades of Gray and the Shadow Series; When Shadows Fall, Shadowed Dreams , To Catch A Shadow  and This Shadowed Land are available through Desert Breeze Publishing and major retailers like Amazon, Barnes and Noble and CBD. Then There Was Grace took First Place in the Epic Awards for Contemporary Fiction and Christmas in Shades of Gray  was a finalist in the Epic Awards for Paranormal Fiction. Her newest release Betrayed – Trail of the Sandpiper Book #1 placed third in the Genesis in 2003.

Before WWII people were working on the concept of  Radar (Radio Detection and Ranging) Systems, but with war on the horizon Britain put in the world’s first operational system, called  Chain Home. The British designation for their system was RDF (Range and Detection Finding). The Germans, RMD (Range Measuring Device). Having an early warning system changed the face of war. As you could fight in bad weather and detect when the enemy was attacking. There were weak areas in the system as it was harder to detect planes flying below 2000 ft or under the radar.  There were five radar trucks servicing the area around Pearl Harbor. The trucks weren’t continually manned and the mountains got in the way of the radar signal. Even with those obstacles, the radar truck on Opana Point, which was not fully operational, picked up the signal and sent it up the chain of command. The officer above them thought it was a squadron of B-17’s.

By 1939 other countries, the United States, Russian, Italy and Germany among them, had operational Radar Systems in place. Radar has become more sophisticated today and is essential to our way of life. It is used in navigation, air travel, missile defense, air defense, etc.

In the Islands of the Pacific, Australia set up it’s own early detection system. It was known as the Coastwatchers.

The Coastwatchers were established in 1919 and were a network of observers set in place to monitor the islands off Australia’s northern coast. A coastwatcher could be anyone from a cattle station manager to a missionary. At one point in the war Australia told everyone to keep an eye out. Coastwatchers lived on the islands for years. They knew the local terrain and the people, and the people knew and trusted them.

In 1942 when Gen. McArthur took over command of the South West Pacific, he put the Coastwatchers under the control of Allied Intelligence Bureau. They were given the name Ferdinand to distinguish them from other avenues of Naval Intelligence. At the time, there were 100 people in Ferdinand. By the end of the war 600 had served in Australia, New Guinea, New Zealand, and the Pacific Islands. Among them were many men, women and even members of the US military.

A coastwatcher’s main duty was to…

as per their name, watch the coast. They were given a teleradio, which was usually connected to a main hub and they had a pair of binoculars. Many lived in isolated huts where they could watch the shores and skyline around them. They were given signal charts that allowed them to distinguish the outline of enemy planes and ships from Allied forces.

Sometimes the biggest challenges for a coastwatcher were boredom and isolation. Those coastwatchers who were on the front lines risked capture and even death. One never knew how long it would be before a plane flew over, but they were supposed to keep watch.

Once they noticed troop movements of the enemy be it by land, sea, or air, they would send a message to their hub and from there it went to command. They used a special frequency to avoid detection.

In Betrayed — Trail of the Sandpiper  Book #1 Tyler Merrick is a US Navy Lt who is serving as a coastwatcher when he meets up with Justine Whitman who had been living at a missionary compound when it was attacked. She fled into the jungle with children from the compound and now she needs to get them through enemy lines to safety. She hopes Tyler will help her, but, for reasons she can’t comprehend, he seems to dislike her and thinks she’s a spy sent to kill them all. In truth, she doesn’t care much for Lt. Tyler either. He’s rude. He’s a drunk, and she doesn’t understand why the navy has sent a team so far inland to find someone named the Sandpiper.

Justine has seven children to get through enemy lines. Does she have to fight the US Navy too? Betrayed http://tiny.cc/BetrayedAM #ChrisFic 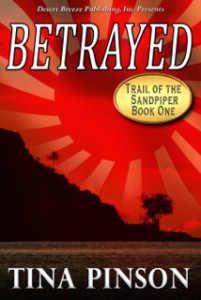 It’s the summer of ’42. The world is at War and Japan’s Imperial Army is moving across the island of New Guinea.

After their mission is attacked Justine is left with seven children to lead to safety through enemy lines. She leads them to a cave and goes back for her husband when she is taken captive. Upon her escape with the help of a friend, Virginia, she starts back for the children and runs into Lt. Tyler Merrick. She hopes he will help her. But he’s drunk and doesn’t believe there are children. He thinks Justine is the rogue spy he’d been sent to find.

Justine goes for the children and returns to an even angrier Lt. Merrick. He wants to tie her up. She hopes to win his trust. Because, if they can’t stop fighting one another, they will never get off the island alive.