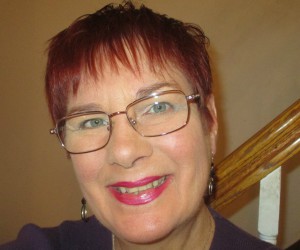 Like so many writers, Nike Chillemi started writing at a very young age. She still has the Crayola, fully illustrated book she penned (colored might be more accurate) as a little girl about her then off-the-chart love of horses. Today, you might call her a crime fictionista. Her passion is crime fiction. She likes her bad guys really bad and her good guys smarter and better.

Nike is the founding board member of the Grace Awards and is its Chair, a reader’s choice awards for excellence in Christian fiction. She has been a judge in the 2011, 2012, 2013, and 2014 Carol Awards in the suspense, mystery, and romantic suspense categories; and an Inspy Awards 2010 judge in the Suspense/Thriller/Mystery category. Her four novel Sanctuary Point series, set in the mid-1940s has finaled, won an award, and garnered critical acclaim. HARMFUL INTENT released under the auspices of her own publishing company, Crime Fictionista Press, won in the Grace Awards 2014 Mystery/Thriller/Romantic Suspense/Historic Suspense category. Her new release is DEADLY DESIGNS. She has written book reviews for The Christian Pulse online magazine. She is a member of American Christian Fiction Writers (ACFW) and John 3:16 Marketing Network.  http://nikechillemi.wordpress.com/

An Interview with Ronnie Ingels

I enjoy Veronica “Ronnie’ Ingels, gal private investigator from Brooklyn, NY. She’s sassy, funny, and an extremely competent law enforcement professional. One the most obvious quirks of personality is that Ronnie loves to eat. So it was a natural leap to interview her about her passion for food as well as other oddities in her life.

Nike: Ronnie, in the first book in the series, HARMFUL INTENT, 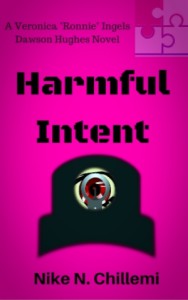 you start out as a meat and potatoes kinda girl. In fact, your ‘partner in crime’ (solving) Deputy Sheriff Dawson Hughes comments that when the wildlife in west Texas see you coming they run for the hills. Then something happens and you make some big changes in your eating habits.

Ronnie: About the wildlife running…well, you see I always said, “I’m so hungry I could eat a bear.” Dawson started teasing me about that. All my life I’ve loved home-style cooking. I went for meatloaf and mashed potatoes smothered in gravy, barbequed ribs, a good burger. Something like that. Then in HARMFUL INTENT I had to go undercover at an organic cooking class and that changed my whole way of looking at food. After the case in west Texas was solved, and I was nearly killed, I returned to Brooklyn and then decided to take a few more healthy cooking classes. I still like a good steak, medium rare, but now I’m also into veggies a lot.

Nike: Would you say you’re a good cook?

Ronnie: Most of my life I was a good eater who had never gotten into a kitchen. I was ‘the take out kid’. Whenever I was on a stake-out, I’d find a sandwich shop or a burger joint, get take-out, and pig out in the car while watching the person of interest. I’m a runner, so I never really gained weight. When I took the cooking class in west Texas I was a rookie. I didn’t know a carving knife, from a paring knife, from a butter knife. But now I’m told I’m a very good cook and enjoy cooking for others. In the second novel in the series, DEADLY DESIGNS, even though I’d been injured by a bad guy, I insisted on cooking for Dawson. This drove him totally nuts because he thought it was too much for me to do with my injury.

Nike: You have a reputation for being an extremely competent law enforcement professional. Yet if a case involves a child, you’ve been known to lash out.

Ronnie: That’s true. I can’t take it if a child is abused or neglected. In DEADLY DESIGNS, when little Jenny’s dad didn’t report her missing for over thirty-six hours I almost went ballistic. Of course, I took it out on Dawson, but he’s always an oasis of calm in a storm. He never condemned me, but rather helped me get through it. 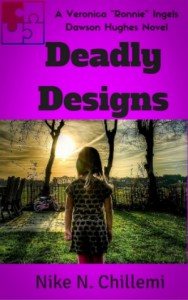 In book two, Deadly Designs, Ronnie and Dawson team up again to find a geeky radio broadcaster’s missing wife and young daughter. They fear the woman and child were taken by Islamic terrorists as revenge against the husband’s pro-Israel, conspiracy theory broadcasts. The investigation takes Ronnie and Hughes from a manicured Connecticut estate, to interviews with an elitist A-List society crowd, and run-ins with cranky local police detectives. Then they plunge deep into the seamy, drug-riddled underbelly of the fashion world, with the specter of international terrorism hovering.

Thanks for stopping by Ronnie, and Nike. Have a blessed Christmas.

1 thought on “Character Interview with Ronnie Ingels by Nike Chillemi”