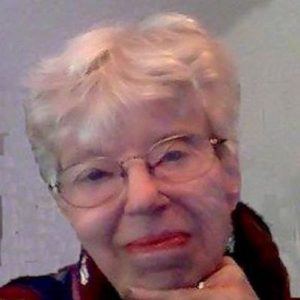 Her debut novel, To See the Sun, a contemporary romantic suspense, released in January 2012. A second novel, Somehow, Christmas Will Come, contemporary women’s fiction with a touch of romance, released in November 2014, revised and re-released in late 2015. Her work has also appeared in numerous anthologies, and she is currently working on an historical romantic suspense set during the years of Prohibition with a working title of Whispering Hope.

Peg is a member of American Christian Fiction Writers. When she’s not writing, Peg enjoys reading, blogging, and sharing her home with her daughter, son-in-law, and a Border Collie mix dog named Rocky.

History has always held a special fascination for me. All kinds of history, but especially American history. For some reason I can’t quite explain, I was drawn to the years of the historical Volstead Act and the tempestuous years of Prohibition. It was during that time that the stock market crash of 1929 that led to the Great Depression.

Many, many years ago as we traveled from our home in NW Wisconsin to Rice Lake, the road took us past a large estate along the shore of Red Cedar Lake. It had a gatehouse, large sprawling house, a stable, boat dock … everything. Every time we passed it, it captured my imagination.

Also, not far from were I lived then, was a stone fortress built by the Capone brothers where they’d escape to when things got too hot for them in Chicago. It’s still there, by the way. But that’s another story.

So, when I started writing Whispering Hope, the setting was already in my mind. And the rest, as they say, is history. 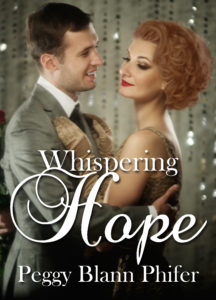 1930 Chicago is no place for a Wisconsin country girl.

Virginia Hopewell visits her cousin in Chicago and gets caught up in a deadly gangster shooting at a speakeasy, barely escaping with her life. After learning of the tragic death of her father, brother, and sister-in-law, Ginny returns to Wisconsin and convinces her mother to reopen the resort her father had closed after losing everything in the stock market crash in 1929.

Ransom Blake, an agent with the Chicago Bureau of Prohibition, had been at the same speakeasy acting on a tip about the shooting. Rance is charged with finding the gangster responsible. He and his team are sent to Wisconsin where the man was reported being seen, and to investigate how illegal liquor from Canada is making its way to Chicago.

With the opening of Whispering Hope Resort, Rance registers as a guest and comes face to face with the lovely redhead he’d briefly encountered at the speakeasy during the shooting.

1 thought on “Behind the Story by Peggy Blann Phifer”