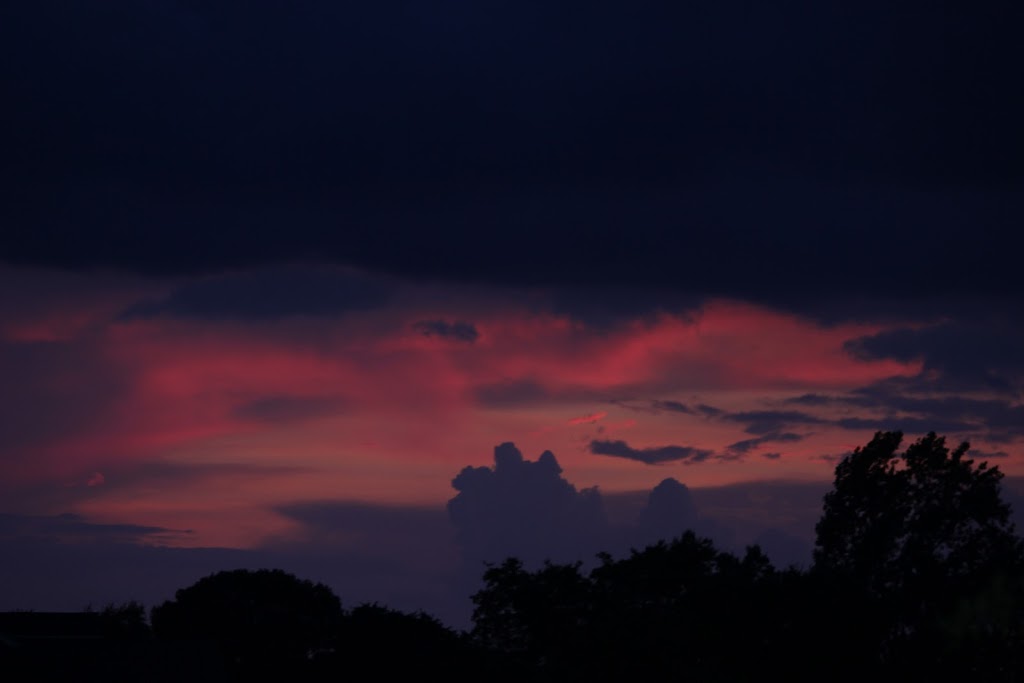 I wrote this short story a year or more ago with the plan to send it to an online magazine, but I lost my nerve. So, instead I’m going to post it here for you to enjoy.

The Surprise
By: Ginger Solomon 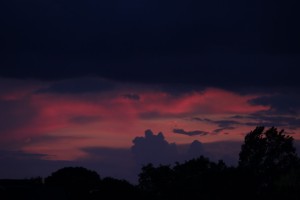 The dog barked. In the eerie, quiet evening the sound ricocheted off the walls, startling Eileen Mass. Lacy rarely barked. Did that mean he was out there? No, not again.
Eileen hurried from the kitchen through the living room. The thick oriental carpet silenced her footfalls. She weaved around the obstacles in her way and turned off the lamp. With slow, steady steps, she maneuvered between the couch and the chair to look out the window, careful not to hit the lamp. She pushed the navy blue damask curtain aside far enough to peek out. The light illuminated the street and driveway. No cars.
As she exhaled, her grip on the curtain loosened. A shadow moved. She froze. Her heart pounded against her ribs. She dared not blink. Was he here? She saw nothing more.
The clock in the corner chimed the hour. She jumped. She inhaled and exhaled, forcing herself to relax.
“False alarm.”
She returned to the kitchen, flipping on the light as she entered. A few, last minute preparations and all would be ready. She pulled a couple of things from the fridge. These would round out the meal she had prepared. She glanced around. Everything appeared to be in place. She wiped the counters one last time, picking up the knife she’d used to slice the vegetables a few minutes ago.
Lacy barked again. Eileen froze. It wasn’t a false alarm. He was here.She steadied herself on the kitchen counter. The light. She rushed to turn it off. How could she have been so careless? Hadn’t she learned her lesson the last time? Her body trembled and her hands felt cold. She reached for her sweater on the hook by the door, but realized she still held the knife and wet dishrag in her hands. No wonder her hands were cold, water dripped down her arm. She tossed the rag in the sink.
Lacy yelped. Eileen’s grip tightened on the knife. With her free hand, she checked the door. Locked. Good. She stood still and listened. Quiet again.
She felt her way to the sink and placed the knife in. She would hurt herself if she continued to hold it in her nervous condition.
O God, blind his eyes that he might not see. This has to work.
The kitchen doorknob jiggled. She sucked in her breath and held it.
“Eileen, I know you’re in there. I saw the light. Open up.” The deep voice demanded. She waited. He would leave; he had to.
Footsteps receded on the porch stairs. Quiet again. She released her breath with a whoosh. Was he leaving?
Eileen moved into the living room. She dared to peek out the curtain again. There he was, walking to the front door. She shimmied over beside it. The doorknob turned. She held her breath. This was it. She would get him this time.
“Eileen?!”
Eileen didn’t move. The door creaked open.  Eileen flipped on the light as everyone yelled, “Surprise!”
Tom jumped backward almost falling down the stairs. “What on earth?”
“Happy Birthday, Darling.” She gave him a quick hug and kiss, and pulled him into the house. She moved to the side as everyone wished her husband a happy birthday.
She’d done it. She’d finally surprised him after so many years of trying and failing. His radiant smile made it worth all the effort.

I hope you enjoyed my story. Reading it again, even if it is mine, made me smile. 🙂
Blessings, Ginger

5 thoughts on “An unusual story…just for you”