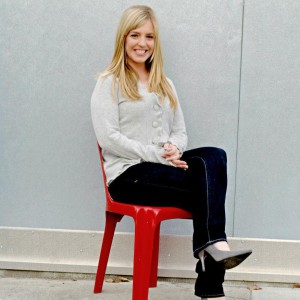 Angela Ruth Strong sold her first article to a national magazine while still in high school, which led to studying journalism at the University of Oregon and having one of her stories reach over half a million readers. She also writes for women and released her first novel, Love Finds You in Sun Valley, Idaho, in 2010. To help other aspiring authors, Angela founded IDAhope Writers in Boise, Idaho, where she currently lives with her husband and three children, who seem to love food fighting much more than she does.

This summer I will be going on my first mission trip to San Francisco. We will be working at City Impact in The Tenderloin District—one square mile with hundreds of low-income apartment complexes.

My son Jordan has gone on this trip a couple times, and though he usually doesn’t like it if I chaperone youth group events, when I asked him how he would feel if I went on this trip, he said, “Mom, you need to go. It will change your life.”

Jordan’s second trip was even more spiritual. Since returning home, he’s prayed for a homeless man named Reggie every day. The overall theme for the trip was the fact that these people didn’t start out life with a desire to be homeless when they grew up. They just all have sad stories.

The youth group witnessed drug deals, car robbery, and urinating in the street. But what seemed to shock my son the most was how whenever he gave food to a homeless person or offer to pray with them, the person would often try to give something back. Bums offered advice like, “Stay in school. Don’t do drugs.” And Jordan was in awe because, “I have so much more than they do, but still they want to help me.”

Living in the small, clean, white city of Boise, Idaho, kids here are pretty sheltered. Plus, our American culture teaches them entitlement issues. The experience in San Francisco was both eye-opening and humbling for Jordan. It’s a trip I wish all kids could take. But since I can’t fit them all in my luggage this summer, I decided to write about helping the homeless instead. 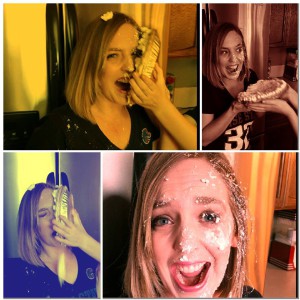 Joey Michaels is a fun-loving twelve-year-old who has gotten into some pretty messy water fights and snowball fights in the first two books from my Fun4Hire series for ages 8-12, so when I decided to write The Food Fight Professional, I found it to be the perfect opportunity to open Joey’s eyes to the way he takes food for granted. I started by having the neighbor girl’s family adopt a couple brothers from Haiti (The Haitian Sensations) who think that smashing a pie in the principal’s face is more wasteful than funny. Then for Joey’s punishment, I had him and his friends spend a day serving lunch at a homeless shelter. This brought the reality of hunger to his neighborhood. I wanted Joey to learn the same lessons my son learned in San Francisco.

This book affected me greatly, though I’m sure it’s not going to be anything compared to my upcoming mission. I believe we are all called to the mission field in some way, and maybe my way will be to help bring the mission field to readers.

Have you ever helped the homeless here in America or volunteered overseas?

More about The Food Fight Professional: 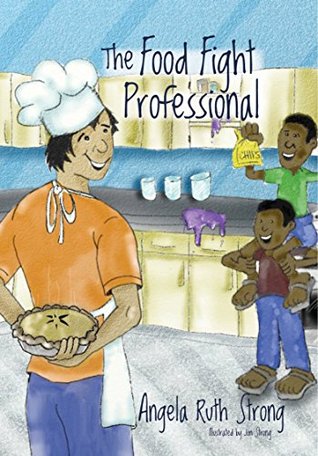 I, Joey Michaels, am the Food Fight Professional.

Basically this means that if food is flying in the school cafeteria, people think I’m responsible. Working at a soup kitchen as punishment shows me how I can use my reputation in a good way—to organize a “food fight” to fight hunger.

Winning the food fight wouldn’t be so hard if I didn’t have the following three problems:
1) The neighbor girl who records all my mistakes and posts them to the internet
2) Her newly adopted brothers from Haiti who don’t think wasting food is a laughing matter
3) A school principal who wants revenge for the pie I smashed in her face

If I can keep from making too big a mess in the kitchen this time around, I just might be able to have my pie and eat it too.

Angela can be found at her website, and The Food Fight Professional is available at Amazon.

Thanks for joining us, Angela, and reminding us how very blessed we are.