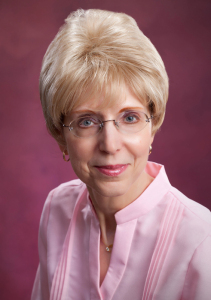 Those of you who’ve read some of my earlier blog posts know that my husband and I are avid travelers.  What you may not know is that most of that travel has been by car.  Yes, we’ve driven thousands – at this point, hundreds of thousands – of miles, crossing the United States and Canada.  We even drove the Alaska Highway, but I’ll save that adventure for another time.

Much of our travel has been on interstate highways, where it sometimes seems as if the most exciting sights are billboards announcing which food and gas will be available at the next exit and where what matters most is reaching our destination.  But occasionally there are treasures to be found just a few miles off the highway.

What do I mean by treasures?  Sometimes it’s a unique restaurant, like the pie shop we found in a small Arkansas town.  Actually, calling it a restaurant is a stretch.  It was simply a converted garage selling pies.  Incredibly delicious pies.  I’d never before had sweet potato pie, but one taste was enough to convince me that every time we drove that particular stretch of Interstate 40, we had to – simply had to – make a detour for another pie.

Then there was the shoe tree near Eureka Springs.  Imagine a tall oak tree with spreading branches, each one featuring dangling pairs of sneakers, sandals, boots.  If it’s footware, it was probably there.  Rumor has it there were as many as five hundred of pairs of shoes on the tree.  Sadly, that’s all in the past.  The tree was felled in a storm, and the shoes were sent to a landfill.  All that remains now are pictures and memories.

The list of roadside curiosities continues, including such well-known spots as the Corn Palace in Mitchell, SD – yes, it’s made of corn, grains and grasses – and the massive statues of Paul Bunyan and Babe in Minnesota.

And then there’s Carhenge, one of my favorite manmade 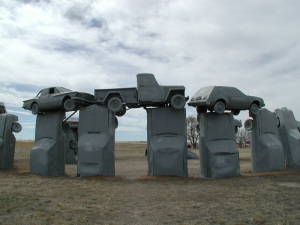 What’s Carhenge?  As you may have guessed from the name, it’s a Stonehenge wannabe made of cars.  Although the cars are a variety of makes and models, to make it look a bit more like the famous English monument they’re all painted the same color, a dull gray similar to the stones in England.  As you can see from the picture, it’s definitely not something you find just anywhere.

As for why I cared about Carhenge, the short version of the story is that I’ve always wanted to visit Stonehenge.  I wanted to see if those standing stones were as impressive as the tour books claim and if the sun really did shine through a specific opening on the summer solstice.  Unfortunately, England hasn’t been in my recent travel plans, so this was the next best thing.  Like Stonehenge, Carhenge is unique, and it has the bonus of being located in western Nebraska, not too far from my home in Cheyenne.  And so one warm April day a few years ago, my husband and I headed to Alliance, Nebraska, site of Carhenge.

Unlike Stonehenge, we didn’t have to buy a ticket or ride a bus to get to the site, nor did we have to contend with crowds.  As it was, we had a private tour.  Translation: we were the only people there for most of the time.  It couldn’t have been better.

At this point, you’re probably wondering what this whole post has to do with At Bluebonnet Lake.  Trust me: there is a link.  I decided that since I’ve had so much fun visiting unusual roadside sites, my characters would too, so I started doing some research, trying to decide where I’d send them.  While Rainbow’s End and Dupree, the settings for most of the book, are fictional, the Texas Hill Country is not.  I pulled out my various Texas tour guides and started reading.  It didn’t take long to find the perfect place for Kate and Greg to visit.

Knowing my fascination with Stonehenge, you can imagine how excited I was when I discovered that the Hill Country has its own Stonehenge.  Called Stonehenge II, it’s smaller than the English one, but unlike Carhenge, it’s a true replica and looks much like the real Stonehenge.  There are, however, some important differences, as Kate and Greg discover.

You can learn about Stonehenge II through a quick internet search, but I hope you’ll also want to see it through my characters’ eyes.  And maybe, if you’re lucky, you’ll be able to plan a trip to both it and Carhenge.  I hope so!

More about At Bluebonnet Lake: 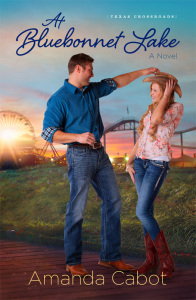 Her life is set to warp speed. His is slowing to a crawl. But love has its own timing.

Marketing maven Kate Sherwood’s world is fast-paced, challenging, and always changing. The last thing she wants to do is grind to a halt at Rainbow’s End, a dilapidated resort in the Texas Hill Country. Still, she cannot deny her ailing grandmother’s request to visit the place where she and her deceased husband spent one glorious week fifty years ago. There, Kate meets Greg, who appears to be the resort’s unassuming handyman. But there’s more to Greg than meets the eye—billions more, in fact.

Kate isn’t looking for romance, but she can’t deny the sparks of attraction that fly every time she and Greg are together. Could there be a future there? Or will Kate’s long-sought promotion take her back to the big city?

Amanda Cabot invites you to step into a place away from the pressures of the day. You might be surprised by what you find at Rainbow’s End.

Thanks for joining us, Amanda.

Readers, do you like to travel? Where have you been that’s unusual, like Carhenge (or Stonehenge, for that matter)?